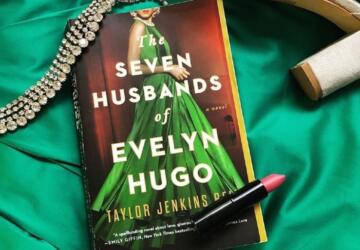 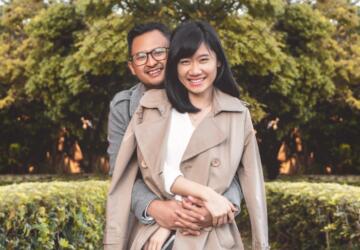 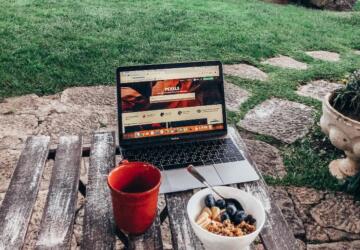 Be inspired and entertained by these female Youtubers around the world. Image: Unsplash/Windows
3 months ago

Want to be entertained and inspired by strong women at the same time? Here’s 8 female YouTubers around the world to watch, learn from, and subscribe to as they share their thoughts and lives with the world at large.

Whether you are looking to learn about another culture, try out recipes, listen to thoughts on current events, understand fitness and eating right better, or discover history in an unconventional way, all these women will be there to both entertain and educate you via their channels.

Amy is an Australian who has studied and lived in China for years. As the name of her channel suggests, she is a blonde Caucasian woman who explores and creates travel stories about living in China, sharing it all on her YouTube account.

She fearlessly tries Chinese food in different regions, meets and befriends the locals. Amy is fluent in Mandarin and does not shy away from trying out things that are foreign to her (and foreign to me, despite my Chinese roots – my ancestors are probably disappointed in me). Watch her to get to learn a different side of China.

Jina Kim is a Korean woman who posts about Korean culture and her life in Korea on her channel. She does it all in English, making her content more accessible to those of us who do not know Korean beyond the usual words we parrot from K-dramas.

It is interesting to learn about Korea from the perspective of an outspoken woman in her 30s, who covers topics like salaries and working culture in Korea.

There are a lot of YouTube channels that are Japan-based. However, there are not many English-speaking YouTubers who are also Japanese women. Luckily, Mrs Eats speaks fluent English, is Japanese herself, and of course, is a woman.

She offers a female-centric view on issues that are Japan-related, and doesn’t sugarcoat the negative side of Japan as well. While Japan is definitely an amazing country that deserves a lot of the praise they get worldwide, it is good to remember that the people there are still just human with their own quirks and foibles.

However, Gabie’s channel is also soothing to look at, the calm antithesis compared to the hijinks of her husband and his best friend Ollie Kendall on the other channels.

As a Le Cordon Bleau graduate and a MasterChef Korea runner-up winner, Gabie shares food recipes and bits and pieces of her married life with Josh on the channel. Follow her channel and you might have your next dinner sorted, courtesy of the professional chef.

Another of our female Youtubers to watch is Salem. She serves both looks and new insights in her channel, educating her audience on different relevant topics such as the ‘male gaze versus the female gaze’. Shel also speaks about how TikTok is programmed to make us feel inadequate.

Whatever your preference – whether it’s beauty and skincare or to listen and learn about different issues – Salem is your woman to tune into.

Hands up if you are a woman who has had body image issues, felt too fat/ skinny, and has tried multiple different diets. Oh, you are? Then you need to subscribe to one of our favourite female YouTubers, Kiana Docherty.

Kiana actively admits that she used to be “fat”. She uses her platform to discuss and comment on how to lose weight properly and gain a healthier body. She also offers commentary and insights on the self-destructive behaviours people have in regard to weight and body image, especially for those who depict and espouse unhealthy lifestyles to their audience.

If you have had a tumultuous relationship with food (that’s me!) in your life, subscribe to Abbey Sharp. She is a registered dietitian and food-related content creator.

In a non-judgmental tone, Abbey reviews eating habits, fact-checks diet tips, and offers an educated take on how to embrace and evolve our eating habits for the better in each video. It is also great to listen to a registered dietitian talk about food. All too often, we’ve had run-of-the-mill fitness influencers who may be encouraging not-so-great diets that could result in eating disorders.

Bailey starts each video with a bare-faced look. As she puts on her makeup while the video goes on, she focuses on a different real life story. She speaks about tales of murder mysteries, crime, and the darker side of humanity.

If you are a fan of true crime podcasts, Bailey gives both alluring mysteries and great looks on her channel. Be sure to subscribe to her to get your dose of both.

If you haven’t watched Netflix’s Promising Young Woman, you really should.

7 Ways To Stay Safe On Social Media As A Woman