It’s time we talk about the Asian archetype. Asians are constantly made to submit to unrealistic beauty standards, from the colour of our skin to the size of our feet. We barely see Asians on-screen in popular streaming sites, but when we do it’s often only skinny or lean.

In theory, we all want to embrace body positivity. Keyword: in theory. Let’s face it, it’s really hard. Especially when even those close to us are still perpetuating a narrow beauty ideal. It’s nearly impossible to eliminate these unattainable ‘standards’ of beauty from our environment, but it just means we have to be the ones to create a new one.

So, here’s a list of people kicking down the doors for body positivity that we have no choice but to stan!

This advocate has been making strides in the Malaysian body positivity scene. Nalisa’s outspoken personality has inspired many other Malaysians to be just as loud about loving their bodies.

Nalisa is a big believer in setting your own beauty standards. Case in point – she recently chopped her gorgeous locks off, and got a blonde buzz cut! She got mixed reactions; some were living for the new look while other naysayers said she looked too “intimidating”. Her response? “I find that a compliment.”

If you’re feeling Nalisa’s vibe, follow her on social media to hear her experience of growing up in an Asian environment where being curvy and having big curls was and still is somewhat frowned upon. She has a voice and uses it for good, and that’s something we are totally living for!

Most Asian countries have a narrow beauty ideal, and one of them is the idea that skinny = beauty. But Vivian Geeyang Kim is flipping that idea on its head.

Vivian has advocated for more representation of body types in South Korean media, where she feels that the standards of beauty there are too cutthroat for anyone (which is the honest truth).

Vivian challenged local ideals by starting her own company called Plus Model Korea. Not only does this go against traditional South Korean beauty norms, but it goes head-to-head with the fact that the country is known to be the plastic surgery capital of the world. We are all for progressive queens like Vivian who are breaking down the status quo brick-by-brick. You go, girl!

This British It-Girl has been known to be a loud and proud feminist!

This is IT, chief! Jameela has always kept it real by being honest about the toxic diet culture of Hollywood, her thoughts on pseudo-feminism and more. She’s also the British Press’ nemesis as she called them out for bullying her weight gain when she had to take steroids for her asthma.

Jameela is definitely no clout chaser as some of her opinions like on the anti-Photoshop policy was negatively received. However, she’s still doing the most so if you want to join her BOPO (body positivity) journey, go follow her community at I Weigh!

Time to welcome a different Rona in the house—Rona Samson-Tai!

Rona isn’t the everyday fitness influencer. Breaking the mold of needing to have sculpted abs, a perfect butt (with no cellulite!), and perfectly toned arms, Rona is all about showing how fitness is for EVERYONE no matter their size.

She grew up being the ‘bigger girl’. But in 2009, her knee fracture led her to have 4 surgeries and hit about 120kg on the scale. That was her all time high in terms of her weight, and all time low when it came to her confidence.

She eventually shed the pounds, but she knows that her journey really wasn’t about the weight, it was about loving your body and being okay with how it changes over time.

Rona strives to prove that just because you don’t look conventionally “fit”, doesn’t mean you’re not healthy. Go off, sis because this is the energy we need!

Jamie Zella is an Asian American model who turns the whole idea of Asian women being “small” and “meek” on its head.

This outspoken activist is all about letting people in when it comes to her journey of self-love #nofilter. She believes that no one needs a flat tummy to be beautiful, so you won’t find her contorting her body just to get the “perfect” angle in photos either!

Some activists are lowkey, but Megan Crabbe isn’t one of them!

Megan has played a role in forwarding the body positivity movement all over the world. From penning her thoughts on her journey of recovering from an eating disorder to how to maintain your mental health when you go through physical changes.

Like many of us, Megan has spent years — nearly 20 to be exact, trying to love her body. Growing up, Megan’s self-loathing led her into extreme dieting and anorexia. But even when she hit her weight, she still wasn’t happy.

It’s been a long and hard journey to body acceptance for Megan, but she’s not ashamed of that (nor should anyone be!). She now actively speaks out against toxic standards of beauty and encourages girls all around the world to love what they look like no matter what size they are!

Rocyie Wong is someone you definitely want in your corner. She is the founder of Safe Space, which she first started as a personal project called Project Naked. The focus? Providing a mental health support group for Psoriasis patients!

Psoriasis is an auto-immune disease where skin cells grow much faster, resulting in dead skin which causes itching and burning. She candidly shares her experiences of living with Psoriasis for 13 years, from hating how her skin looked, to trying her hardest to cover it up with makeup, to eventually accepting it as a part of her story.

On social media, she’s vocal about how this disease can take a toll on your overall well being, and she is totally confident in flaunting her bare skin. She’s totally fighting the good fight, and if there’s anyone to look up to, it’s Rocyie!

The Road To Body Positivity Is Not Easy

Social media is a powerful tool. These members of the body positivity movement are totally using it for great causes, and for that, we have no choice but to stan! One last note is that not everyone’s journey is as easy. I personally have lost my footing sometimes when it comes to loving myself.

There are days when you feel at peace with yourself, and the ones where you don’t know how to move forward. I hope that you remember that this is a part of life we sometimes have to experience, and you’re not alone! As long as you try to get back up and keep moving forward, progress will follow you wherever you go.

7 Swimwear Brands From Malaysia And Singapore We Love 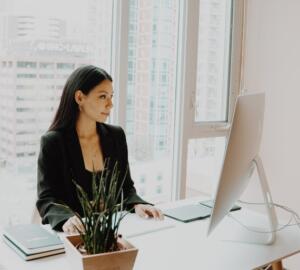 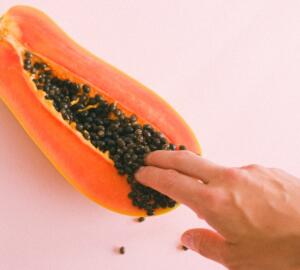