I haven’t used a sanitary pad in almost two years. In fact, I am never going back to them. I was introduced to the concept of period underwear in September 2019. I’d heard of menstrual cups but was not sold on the idea – nothing against menstrual cups, this is just personal preference. However, I did want a substitute for menstrual pads, which I disliked for multiple reasons.

I found an expensive American brand that sold period underwear for US$33 on average per panty. When you add on US$20 for shipping, I basically spent a lot of money to buy 3 pairs to be delivered all the way from the United States to Asia. Let’s just say that it was almost 10% of my salary back then.

Was it worth it?

Almost 2 years later, I can say “yes” resoundingly. I think period underwear are a game changer, and here are 5 reasons why.

I didn’t like the heavy feeling I would get with sanitary pads, especially after periods of heavy flow. Sanitary pads also made me feel like I was wearing diapers for something I could not control, and they also felt scratchy no matter how soft they claimed to be.

With period underwear, most people’s concerns would also be how sagging or wet it would be after a heavy flow. After having worn them during my periods for many months, I can say with confidence that the fabric is so absorbent that there is no heavy feeling even after hours of wearing it.

The company that sold the period underwear did warn that they may feel tighter compared to normal underwear and to get a size up from your normal size, but the tightness was bearable to me. Sometimes I would even forget that I was on my period until I got to the toilet, unlike the constant reminder from sanitary pads.

In a nutshell, I would only stick to period underwear from now on. I haven’t used a sanitary pad since.

Yes, the only available brands I could find back in 2019 were expensive and cost me a fair bit of money. However, I have been able to use and reuse the same 3 pairs since that time.

If you look after your period underwear well, they can definitely last at least a few years. Additionally, they have grown in popularity, so there are already easily available versions in Asian e-commerce shops for a cheaper price.

This is a glaringly obvious reason, but I will state it anyway. Period underwear (and menstrual cups) are much better for the environment than using sanitary pads. I wish they were available when I was in my pre-teens, and not just in the last few years.

I shudder to think of all the sanitary pads I’ve used now filling up landfills and other places on earth. One sanitary pad could take 500 – 800 years to decompose completely, while period underwear is reusable. To save the planet, they are great to invest in.

Sanitary pads cannot be made to look cute. Period underwear, though? They can even make you feel good while wearing them, even if you feel bloated and are cramping.

Imagine this. You are in bed, asleep while wearing a sanitary pad. Then you wake up, stretch, and look around. Suddenly you see a red splotch on your nice sheets that your sanitary pad failed to prevent.

Thanks, sanitary pad, you had one job.

With the RIGHT pair of period underwear, though, this would be a thing of the past. Period sleep shorts also exist, and as the name suggests, you wear this pair of shorts to sleep. You won’t have to worry about leakage as the shorts themselves are meant to absorb everything.

In short, I am team period underwear. In fact, I am team anything that gives each menstruating person a more eco-friendly and comfortable menstrual experience. After all, it is something we go through every month. Whether it is period underwear or a menstrual cup, I encourage everyone to try them out. You might be pleasantly surprised at how great they are.

15 Thoughts On Netflix’s Too Hot To Handle Season 2

7 Most Effective Financial Tips You Should Know 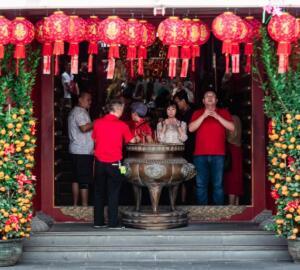