How do you know you might be in a toxic relationship? I once had a boyfriend who would make a comment each time I wore something that was slightly low cut in the front. “Why is this so revealing?” he would ask, when it was barely indecent. To placate him, I would pair these clothes with some form of innerwear that “protected” my modesty. Once, on my birthday, I wore a new dress that I thought was simply divine. His first words to me when he saw me?

It ruined the mood for the rest of my birthday celebration.

It’s easy to be blinded by love, like I was, and pass off these seemingly harmless red flags as acts of affection — but do not be fooled. Red flags like these are gateways to more emotionally abusive behaviours further down the relationship, and it’s vital that you spot these early on so you don’t end up in a toxic relationship.

Here are some red flags that I’ve personally encountered in past relationships that you shouldn’t ignore:

1. They dominate the conversation on a first date

On one of my first dates off Tinder, this particular guy was a major talker. I appreciate conversationalists, but when he dominates the entire conversation talking about only himself and doesn’t even bother getting to know you, that’s a red flag. A relationship works both ways, so if he’s not going to let you get a word in edgewise at the start, it’s not going to happen later on in the relationship.

2. They control every aspect of your lives in a toxic relationship

This doesn’t just apply to clothing. One major red flag in a toxic relationship to look out for is when your partner wants to control every aspect of your life, from what you wear to who you’re friends with, where you go, and maybe even your religion. Not only did my ex get angry when I wore slightly low-cut tops, he also passive-aggressively coerced me into accepting his religion, threatening that we could not be together if I did not accept his beliefs.

3. They hate your past relationships and use it against you

One thing my ex used to do was grill me about my past relationships, and then get upset about them. It baffled me to no end — it wasn’t like I was still in touch with these people or still harboured feelings towards them. Many of us may have regrets and made relationship mistakes in the past, but the most important thing in a healthy relationship is that you don’t hold your partner’s past against them. It’s unfair to make your partner’s past a topic of argument, but if they insist on doing so, that’s a red flag to look out for.

4. You’re constantly walking on eggshells around them in a toxic relationship

Do you catch yourself holding back on certain details when talking to your partner or avoiding topics that you know would trigger an argument? Having to walk on eggshells whenever you’re around your partner can be emotionally tiring — a sign of a toxic relationship.

5. Being with them feels more difficult than when you were single

Here’s a fact that may blow your mind: a relationship shouldn’t feel like a chore or a struggle. If you find it difficult to maintain the relationship and are constantly unhappy, chances are you’re in a toxic relationship. While a happy relationship isn’t always a bed of roses, even the hard times would feel rewarding. If you’ve been struggling and not seeing the light at the end of the tunnel during the ‘downs’ in your relationship, it’s time to call it quits.

6. You’re always taking the blame in a toxic relationship

While it may seem like red flags should be spotted at the start of any relationship, most times they don’t show themselves until much later when you get to know your partner better. The most important thing when in a toxic relationship is to know that you’re not at fault. Don’t ignore the red flags until they become worse. Do what you can to exit the relationship and learn from your mistakes. After all, that’s how we become better people ourselves.

6 Best Tips And Skincare To Keep Your Breasts Happy 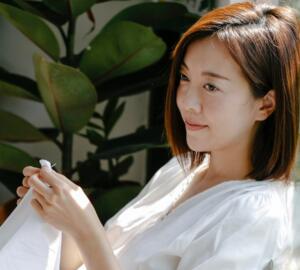